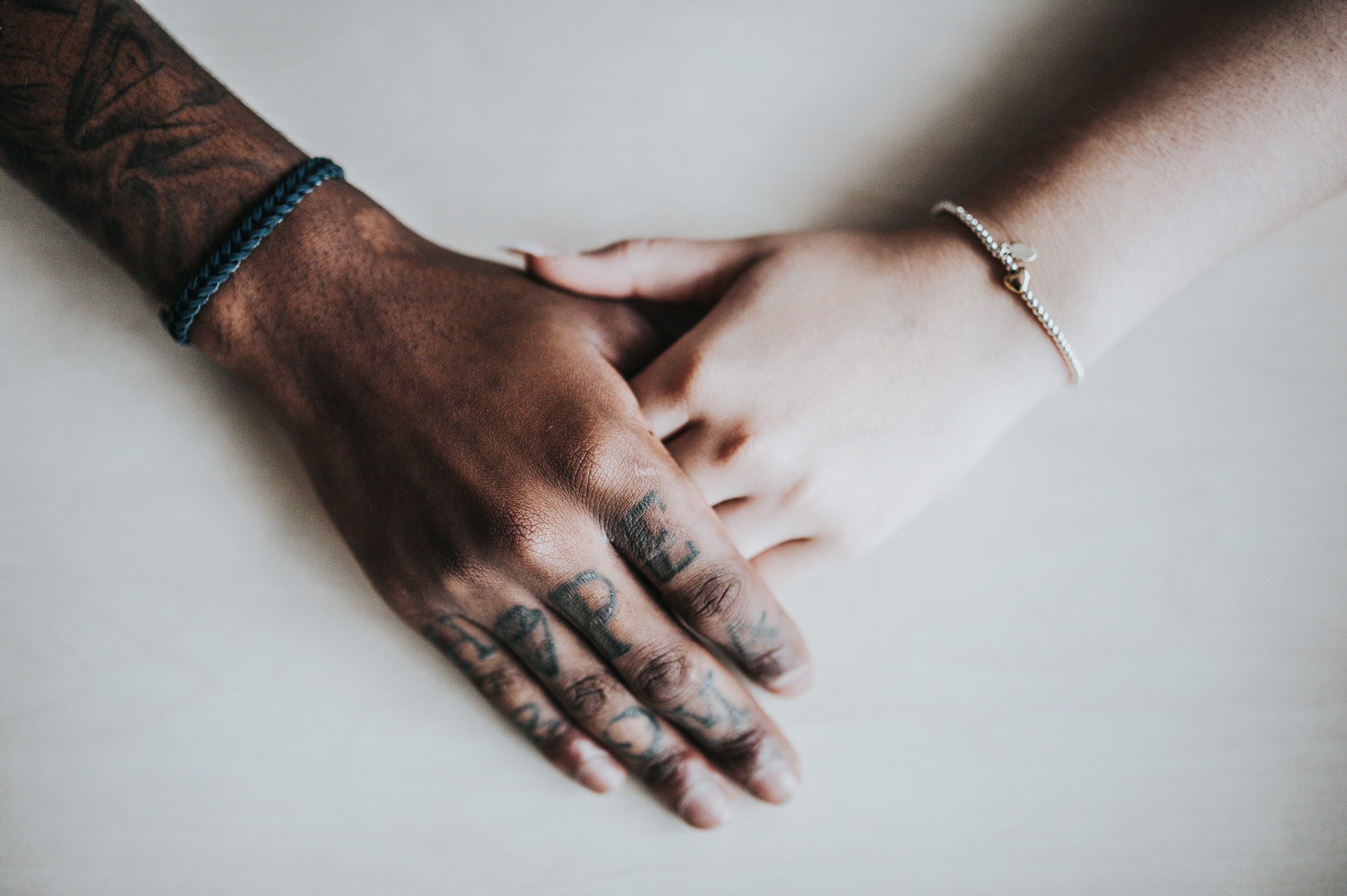 Hand in hand as one by Anete Lusina via Unsplash.com

Last summer I read Women’s Growth in Connection: Writings from the Stone Center, and it may have changed my life. It was published in 1991 by a group of women psychologists working at the Wellesley College Stone Center as a feminist response to traditional (aka clinically accepted, aka Western, aka masculine) models of human psychological development. It turned the notion of women as emotionally deficient on its head, arguing that existing models of development didn’t account for women’s experiences in the world. The Stone Center scholars, clinicians, and educators used their experiences working at women both in and out of Wellesley to describe what they saw as a relational model of human development, one where women, and really all of us, grow in our lives through relationships with others. What traditional developmental researchers at the time saw as co-dependency, these women framed as a healthy way of working through the world. Their development of relational cultural theory was, and continues to be (to me) mind-blowing. We grow through connections with others. We grow through relationships.

Before reading these essays and case studies I’d never really stopped to think why I’d internalized this idea of being independent, alone, and totally self-sufficient as being successful in life, when culturally, my Mexican-American upbringing always stressed family and strong ties among women within that family unit. It also forced me to think about ways in which I was forcing that independence, and really distance, on my son, who is just naturally one of those children who thrives on the confidence and positive reinforcement he receives from close meaningful relationships. Why can’t he take a bit more time to grow through our connection as mother and son?

This collection of course also brought to mind so much of the work that we do in libraries. I have a chapter in the forthcoming book, Reference Librarianship & Justice, on relational theory, the concept of mutuality, and reference work, and am thinking more and more about the ways in which so much of our work as librarians is rooted in relationship, and how those relationships can either be vehicles for empowerment and personal growth, or simply leave us unchanged and unmoved. There is of course, the issue that relationships require the involvement of someone beyond yourself, but in keeping with the writings of the Stone Center folks, there are ways in which we can move through the world that increase the likelihood of more meaningful, even powerful relationships.

The word empathy gets thrown around a lot these days, in conversations about everything from child-rearing to website development, to user experience research. What I like about the Stone Center definition of empathy is that it is a deep connection in which people are open to truly understanding one another. It is affirming and mutually enriching. It isn’t about using empathy for some kind of corporate gain like creating a better user interface, or selling more product. It’s about using empathy to forge a meaningful connection that will help both people grow and change.

But back to librarianship…

I’ve been thinking so much about the notion of the “information literate individual” and how our concept of this mythical person in many ways conflicts with a relational theory of development and also contradicts itself. In academic libraries we want to create independent, information literate researchers, but we also want them to know that they are part of a scholarly community. We want them to have their own voice and question the authority of others, but we don’t talk about the ways in which we all compromise both our voice and authority in our daily lives. We want our students to be able to do things on their own, do their own work, find their own information, but so much of our work is about working together with other colleagues, faculty, and and students. Our Framework for Information Literacy talks about communities of learning and seeking guidance from others, but I wish it also spoke to the need for relationships in learning and understanding the world of information, and the ways in which we as librarians can forge those relationships.

I’ll end with one last thought from the October issue of the SGI Living Buddhism magazine, which, in the way that all things converge in my life, was about mentoring relationships. The description of mentor-mentee or teacher-student relationships was so in line with relational theory. The bonds we make with our students and colleagues shouldn’t be hierarchical; the foundation should be one of “mutual trust” and “common purpose.” When we work together, through a relationship, towards a shared goal, we bring a piece of ourselves to the interaction, but we also open ourselves to possibility and growth. In those moments I’m happiest being a librarian because I’m happiest as a person. I feel as though I’ve actually connected to someone else and made a small imprint on them, and they’ve done the same to me.