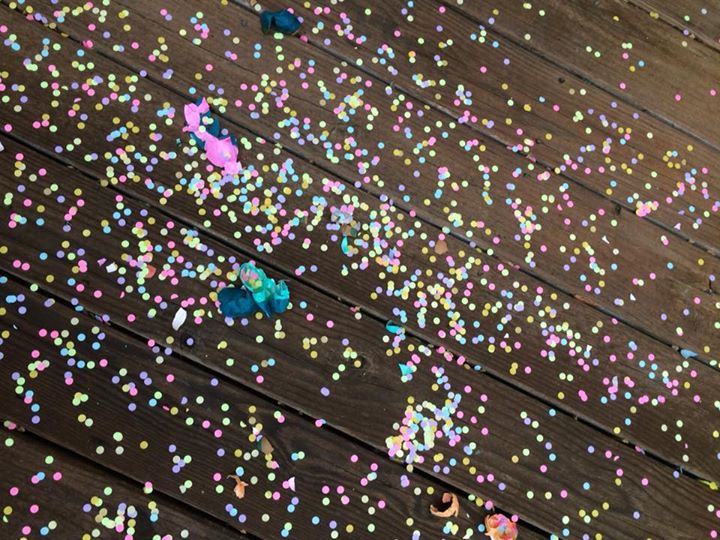 On Sunday, March 27, 2016, non-college-sponsored tradition became a vehicle to demean and belittle students of color, women, and LGBTQ students. Every year around Easter our students hold what’s affectionally known as the “Natty Boh Hunt.” Students paint cans of National Bohemian beer in Easter egg motifs and hide them around campus for others to find (I know, Natty Boh is AWFUL, but, well, college).  This year’s fun was ruined by several cans found painted with the confederate flag and extremely racist, sexist, and homophobic “jokes.” This comes on the heels of an incident earlier in the semester where a student wore a confederate flag to a home basketball game. The student claimed it was in answer to an assignment on violating social norms.

There of course have been other incidents, much like those at colleges and universities across the country–swastikas on vehicle dust, highly offensive anonymous comments on yik yak, “are you a student here?” questions, microaggressions both in and out of the classroom, etc.  It’s constant, oppressive, and completely antithetical to our public, liberal arts college’s code of conduct. This latest hateful incident has proven to be one too many for our students, faculty, and staff, who, in wave of conversations, emails, and classroom discussions have decided to stop, critically examine our role at this college, and figure out how we can make our community safer, more inclusive, and better able to support those who have been targeted by recent events.

So what is the library’s place in all of these events? What is our role?

You’ve no doubt seen the recent emails from ARL’s Director of Diversity and Leadership Programs, Mark Puente, sharing short articles on what ARL member libraries are doing to advance diversity, inclusion, and equality at their home institutions. Libraries are doing everything from archiving and sharing activist tweets to creating videos, to hosting workshops on social justice (if you explore nothing else, please visit the Washington University at St. Louis’ Documenting Ferguson project).  Recently, the ZSR Library at Wakeforest University issued a statement of their commitment to diversity and inclusion in response to the North Carolina House Bill 2.

Our own library’s response was directly inspired by the Amherst Library’s Amherst Uprising Information and Source Guide, which was a wonderful resource not only about the event at hand, but about the larger issues underlying the Amherst protests. I’ve tried to do the same with our Support & Solidarity website,  because this latest event at St. Mary’s is just a symptom of larger issues of implicit bias, prejudice, and unacknowledged privilege in our college community. As one of our student leaders so eloquently put it: Events like the Natty Boh hunt make us focus on the smoke instead of the fire. I don’t want our library’s response and reaction to begin and end with this one event. I’d like create a library that is inclusive; I’d like to have difficult and awkward conversations with my colleagues about our unacknowledged biases and prejudices and how they impact the community we serve.

Not surprisingly, when I shared our library’s response on Twitter, I got one troll of a response, stating that “I guess all libraries have gone PC.”

To ignore what’s going on on our college campuses isn’t an option. As a librarian, a Latina (specifically a light-skinned Latina who often benefits from white privilege because of other people’s assumptions based on my appearance) I feel obligated to renounce any semblance of neutrality. I think that asking librarians and libraries to embrace the path of detached neutrality means that we’re being asked to negate important facets of our own identities (shout out to Fobazi Ettarh’s excellent article on intersectionality) as well as those of our communities. Our students of color are our students and they deserve our attention, respect, and focus.

I’m not sure how to end this post, as I’m still processing recent events, statements made at yesterday’s faculty meeting, and disappointing comments shared at an all-campus meeting earlier today. I think I’d like to learn more about other libraries’ responses to similar issues, particularly those from non-ARL libraries, since we often don’t hear about efforts at smaller schools.